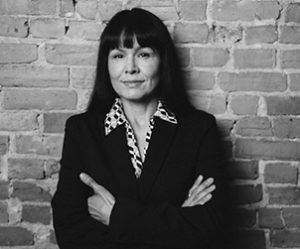 Filmmaker Michelle Derosier was born in 1969 in Dryden, Ontario (Treaty 3 Territory) and is Anishinaabe. She is a member of Migisi Sahgaigan First Nation in Northwestern Ontario and has been living in Thunder Bay for the past 30 years. She is from the Bear Clan and is a community activist, artist and filmmaker.

Her artistic practice is deeply rooted in her Anishinaabek ways of life, her community and her family. She is the proud mother of three beautiful daughters and has five grandchildren.

Read more about Michelle Derosier on her website and in this interview with her about Angelique’s Isle and what inspired her to tell this story.

This program/lecture is partially funded/sponsored by the Visiting Professor Program which is funded by a grant to the Office of the Provost from the State of Michigan's King-Chavez-Parks Initiative. Additional support provided by the Center for Diversity and Inclusion and Student Affairs.