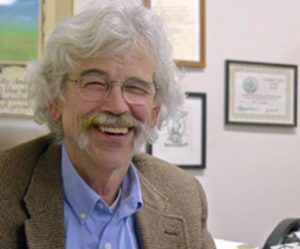 Art Cullen is a Pulitzer Prize-winning journalist, editor of The Storm Lake Times (a family-run weekly newspaper in small-town Iowa), and author of the new book, Storm Lake: A Chronicle of Change, Resilience, and Hope from a Heartland Newspaper. Art has made it his life’s work to ask the big questions, speak truth to power, and share the struggles and successes of his unique community of Storm Lake, Iowa (Census pop. 10,076). His new book is part cultural history, part memoir — it explores the themes of family, community, immigration and diversity, the meaning of home, and the Heartland’s turbulent history and promising progressive future.

Beth Levison is an Emmy- and Peabody-winning producer/director based in NYC. Her most recent producing efforts include Women in Blue (Tribeca  Film Festival 2020/Independent Lens) and Emmy-nominated Made in Boise (AFI DOCS 2019/Independent Lens). Previous producing credits include 32 Pills: My Sister’s Suicide (HBO 2017), Emmy-nominated Personal Statement (PBS 2018), and her independent directorial/producing debut, Lemon (PBS 2011). Beth is the founder of Hazel Pictures, a co-founder of the Documentary Producers Alliance (DPA), producing faculty with the School of Visual Arts (SVA), and a member of AMPAS. Hazelpictures.com

Art Cullen and Beth Levison will participate in a Zoom Q&A following the screening of Storm Lake on Friday, November 5th, at 7:30 p.m.