The shorts in this program take up the questions of location and disruption. From lockdowns and volcanoes to the fantastic and the virtual. 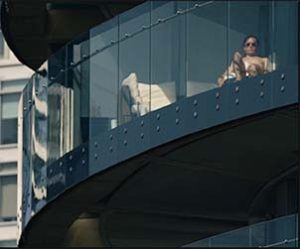 E14 (Peiman Zekavat, 2020) A filmmaker turns his camera on the strange and empty world of his densely populated London neighborhood during the first two weeks of pandemic lockdown. (19 minutes)

Spirits and Rocks: An Azorian Myth (Aylin Gökmen, 2021) For those living on a volcanic island, the volatile landscape becomes the inspiration for legend and ritual. A poetic meditation, beautifully filmed in black and white. (14 minutes) 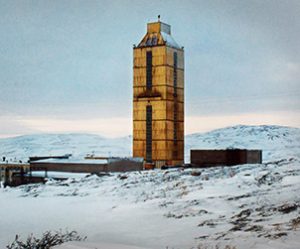 The Deepest Hole (Matt McCormick, 2021) The little-known history of the United States and Soviet Union’s Cold-War race to see which country could be the first to penetrate 10 miles into the ground and reach the Earth’s mantle. The effort indirectly inspired a now infamous urban legend and one of the earliest examples of “fake news” going viral on the internet. (12 minutes)

How to Disappear (Leonhard Müllner, Robin Klengel, Michael Stumpf, 2020) Can one choose to desert in the video war game “Battlefield V”? A reflection on the history of desertion and the politics of visibility staged on the virtual battlefield. (21 minutes)

On the North Mezzanine, The Shortcut Theater offers more festival shorts. Pop in to watch one or get comfortable on the couch and stay for more!

Open Saturday and Sunday from Noon to 7 p.m.